Written by staff on January 04 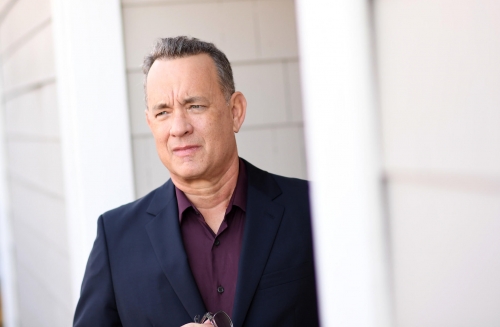 In the spring and summer of 1971, the American political landscape was on fire. In March, the Weather Underground set off a bomb in the United States Capitol. In April, half a million people marched on Washington to protest the Vietnam War. And in June, the Nixon administration battled with the New York Times and the Washington Post over the publication of the classified Pentagon Papers, which revealed years of deception at the highest levels of the government regarding the conduct of the war.

At the time, Tom Hanks wasn’t particularly aware of all this. He was a 14-year-old kid from Oakland, finishing up his run at Bret Harte Junior High, and he had things other than politics on his mind.

“I didn’t pay that much attention to what was going on,” Hanks recalled on a recent afternoon in Santa Monica. “I paid attention to things that 14-year-olds pay attention to: the Oakland Raiders and the California Golden Seals hockey team and girls and stuff.”

Cut to the winter of 2017, and the American political landscape is once again on fire. One of Hollywood’s most universally beloved stars, Hanks is now 61, though he still has a boyish, excitable quality — amplified this afternoon by the double caffeine hit of a Diet Coke and a latte. And this time, he is very much engaged with what’s going on.

In Steven Spielberg’s new period drama, “The Post,” which goes into wide release on Jan. 12, Hanks stars as the late Washington Post editor Ben Bradlee, who, along with the paper’s pioneering publisher, Katharine Graham (Meryl Streep), stepped in to publish the Pentagon Papers after the Nixon administration sued the New York Times to halt their publication.

With critics lauding Hanks’ performance as the brash, charismatic Bradlee — who was portrayed earlier by Jason Robards in an Oscar-winning turn in 1976’s “All the President’s Men” — “The Post” has suddenly placed the actor not only in this year’s awards-season conversation but in the thick of today’s political debate. [More at Source]