Written by Mouza on February 23

We want to thank each and everyone of you for all the support you’ve given us since I took over the site in 2015. To celebrate the site’s birthday we decided to go dark with an amazing theme & header coded by my friend Jasper. I hope you guys like it as much as we do! 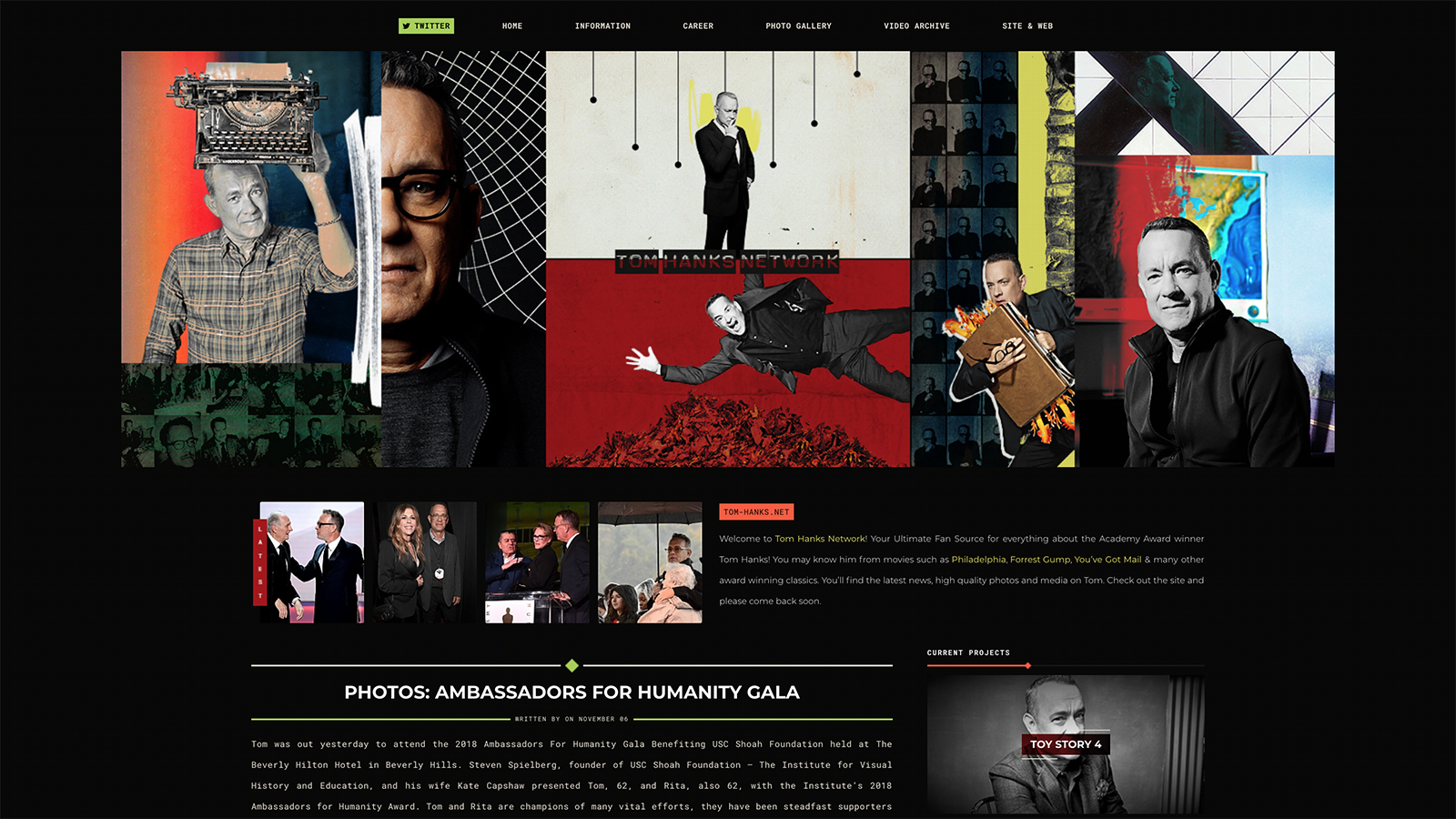 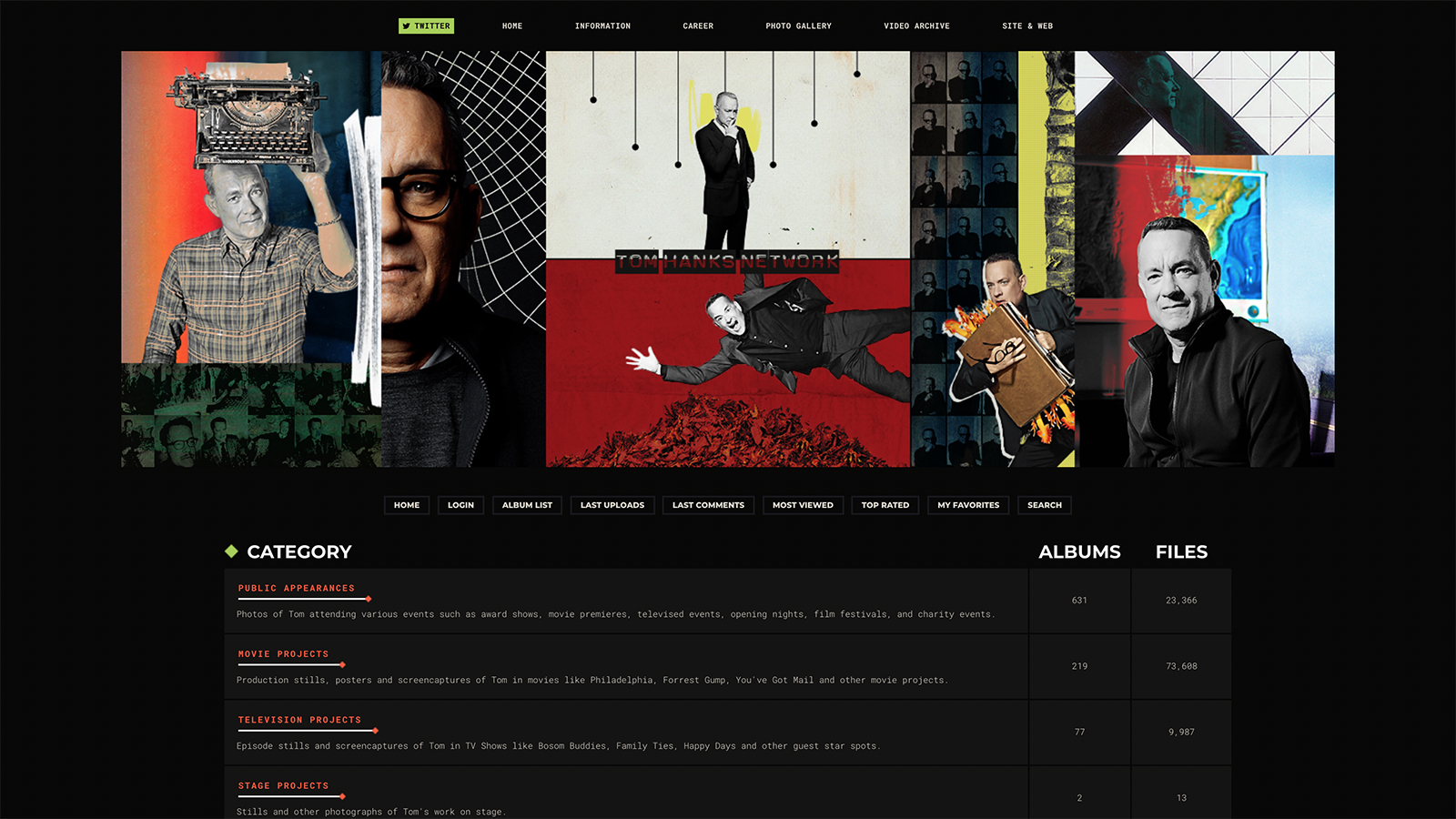 And as an extra treat and after a long awaited time, I decided to finally start a Video Archive! 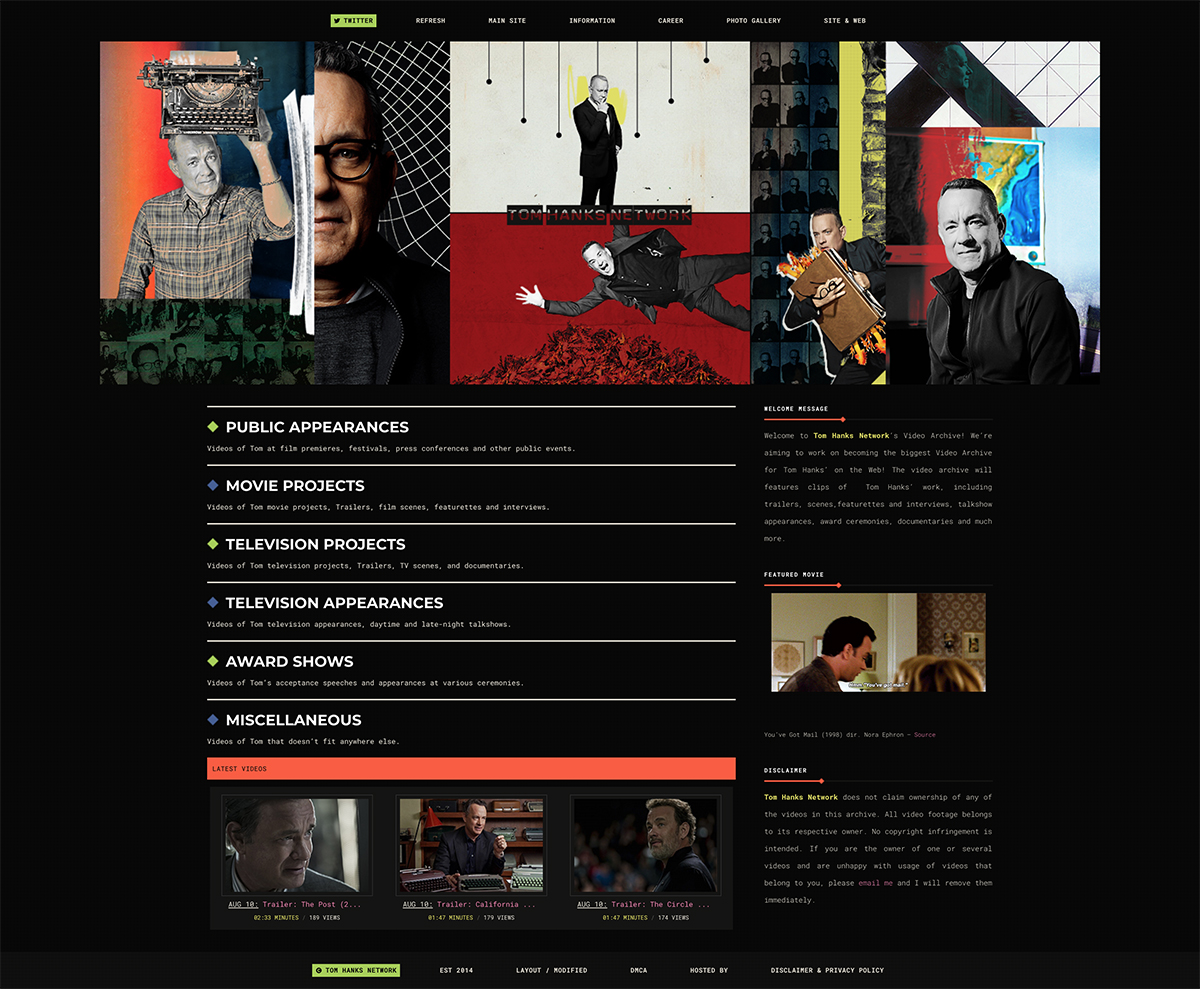 The base theme was coded by the ever talented Kaci with a few tweeks by Jasper for it to match the main website and gallery theme. It’s nowhere close to have enough content to be called an archive, but it’s a start on the right direction to give Tom fans the best site they can always depend on.
Site Update

Written by on May 22

Websites that collect data on citizens in European Union (EU) countries and UK will need to comply with strict new rules around protecting customer data by May 25, due to the General Data Protection Regulations (GDPR). This regulations set rules for how and when we can collect personal data from users on our website, so is now required by law to be transparent about the personal data we collect, also be relevant and limited to what is necessary for the intended purpose of collection, but, specially, gain consent from individuals before using it.

The regulations are made for EU and UK citizens but since the site is visited globally, we can’t set this by geolocation, so we have added in our website a privacy policy page, along with a popup saying that you agree with cookies being added during your visit.

As site owners, we don’t really collect any data from you but using Google Ads comply us to update our privacy policy and make it clear about the cookies being used, thank you for understanding.

Written by on February 23

Tom Hanks Network celebrates today 3 years online today since the site went online on February 23, 2014. We want to thank each and everyone of you for all the support you’ve given us since then.

Celebrating the site’s birthday, we have a brand new header on the main website and the gallery thanks to my friends Siny. We’d also like to celebrate with sharing outtakes of Tom’s full SNL shoot last year, enjoy!

Written by on December 30

With 2016 finally coming to an end and inspired by my fried Lu at jessica-chastain.com I decided it would be fun to put together a summary of Tom’s professional activities in 2016, and what a year it’s been!!

The first few months of the year were slow as Tom was still filming The Circle with John Boyega & Emma Watson. In April, Tom started promoting his first movie release for the year A Hologram for the King in New York, Germany & the United Kingdom.

Tom took it slow in the summer for a bit then started back in September with Sully’s promotional tour that kicked off in New York and went on for a couple of weeks to Los Angeles, Tokyo, London and Paris.

With a couple of weeks in between, in November Tom was joined by his co-star Felicity Jones and they started promoting Inferno, in Singapore, Italy, Germany, London and ending it in Los Angeles.

End of November also witnessed Tom receiving the highest honour a civilian could have in the US with The Presidential Medal Of Freedom.

Filmography wise, there are a few upcoming project to look forward to. The Circle got a release date and a trailer. We also got news that Tom wrote and hopes to star in Greyhound, a World War II drama.

2016 also gave us some of my new favorite Tom Hanks photo sessions that was used to promote his projects.

And I think that’s about it? It’s been a pretty busy year, had it ups and downs but as long as we focus on the positive and keep going, we’re going to be ok. I’d like to thank everyone for visiting, for the comments and for the amazing feedback about the site.
I’d also like to wish Tom (and you guys) a happy new year, may 2017 brings you and your families joy and happiness.
Site Update

Written by on November 15

With a huge thanks to my friends Kaci, I’ve put up a new layout on the site coded by my friend Lora using Tom’s great Bumper photos from his hosting gig at Saturday Night Live a few weeks ago.

On top of that, I’ve updated the gallery with Tom’s events from 1998.