Written by on August 12

I uploaded 95 screencaptures of Tom’s role in his first movie, “He Knows You’re Alone” in 1980. Maybe I’m being sentimental but the scarf around his neck reminds me a lot of Woody’s scarf in Toy Story. You can check them out by clicking on the thumbnails below:

Written by on August 10

My name is Mouza and I’m the new owner of Tom Hanks Network. I’d like to thank Karin for letting me take over the site, Tom Hanks have been one of my favorite actors for over a decade and it’s gonna be a pleasure to run a fansite for him.

The site still needs a lot of work, hopefully I’ll be getting things done over the next few months but for now, I replaced the pictures in the gallery with a bigger size and added +800 HQ pictures of all of the events Tom attended during 2014 so far. Check them out by clicking on the thumbnails below: 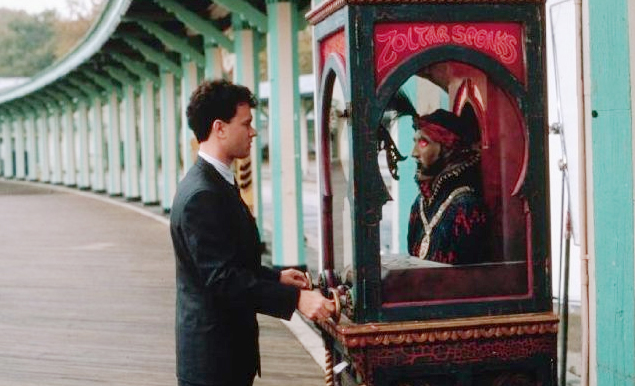 Written by Mouza on March 04

Video: The Final Scene in ‘Captain Phillips’ + Filming in Germany

Written by Mouza on March 01

Indie Wire blogged about the final scene of “Captain Phillips” and how Tom Hanks should have earned an Oscar nomination for that, and I fully agree. I usually don’t get too emotional in public but when I saw this scene I couldn’t help myself. Tom’s insightful performance literally took my breath away. Watch the final scene below. Even though Tom isn’t nominated himself, “Captain Phillips” made it in 6 other categories. Don’t forget to watch the Oscars on March 2nd on ABC. Read Indie Wire’s article here.

According to n-tv.de Tom will visit Potsdam, Germany next month, to shoot his new film “A Hologram for the King“, written by Dave Egger and directed by Tom Tykwer. Sounds exciting!

Now I would like to take the chance and thank you all for welcoming this page. I am glad that tom-hanks.net is finally online! Secondly, I want to apologize for the welcome message I put up first. A fan confronted me with the way I wrote it and criticized that I called myself “the #1 source“, which she thinks is rude towards other established sites dedicated to Tom – and I fully understand. I want you to know, that I don’t think this site is better than any other site, I don’t even have proper content! I wasn’t aware that this inconsiderate remark might insult anyone and I didn’t want to disrespect or offend anyone. I am truly sorry, I should have known better, but now I do.